The Patient, the Pelvis, and the Gender Expanse: The Role of Pelvic Floor Physical Therapy in Gender-Affirming Care

The Patient, the Pelvis, and the Gender Expanse: The Role of Pelvic Floor Physical Therapy in Gender-Affirming Care

Author’s Note: The following article was written specifically about a trans masculine person. However, ALL anatomies can benefit from the work and expertise of a gender-inclusive pelvic health practitioner. Supporting people of all genders (or lack thereof) should be the standard in the physical therapy profession.

When Greg first called me, I gave him my elevator pitch.

“Pelvic floor physical therapists examine and treat the structures that comprise or influence the pelvic floor. This encompasses the treatment of urinary, bowel, reproductive, and sexual dysfunction as well as orthopedic issues.”

I added that, essentially, my job is to help people better understand and trust their bodies.

Body parts don’t just “break” or “stop working;” be it emotional, structural, neurological, genetic, etc., there is always a reason. Pursuing a symptom without deference to the cause might provide some short-term relief, but it will neither fix the problem nor prevent recurrence. Long-term symptom management lies in the fundamental understanding of why a structure is struggling to perform. Physical therapy is easier when patients understand their individual symptomatic circumstances; it provides a rehabilitative roadmap and takes away the uncertainty, the confusion, and the fear of “having done this” to themselves.

Greg (he/him) and I communicated extensively via phone and email before we ever met in person. Having recently had a gender-affirming hysterectomy, he was concerned about pelvic organ prolapse, a condition that involves organ herniation and causes painful pelvic pressure. He was also understandably nervous about pelvic floor therapy and wasn’t convinced that having more medical eyes and hands near his genitals was the right answer.

Given that pelvic PTs often perform internal muscle evaluations via the posterior and/or anterior pelvic opening(s), there is a belief that we hyper-focus on the genitals. While it’s true that many pelvic symptoms are the result of a pelvic floor that is too tight, weak, or stretched to optimally function, the pelvic floor is rarely independently dysfunctional.

Due to the location of the pelvic floor within the pelvic bowl, and its synergistic relationship with the other core muscles, it is usually on the receiving end of increased intra-abdominal pressure. The anatomical core — also composed of the respiratory diaphragm, deep abdominal, and spinal stabilizing muscles — provides a supportive base during dynamic activities and helps control pressure that goes through the abdominal cavity during activity.

Core function relies on muscular coordination, where each core muscle rhythmically functions at a specific time. For example, when the diaphragm lowers during inhalation, the pelvic floor should relax; during exhalation, the floor should contract. This is important to pelvic functioning because contraction of the pelvic muscles keeps us safe during exercise, and their relaxation allows us to void. If the diaphragm cannot move properly (due to binder use, chronic respiratory issues, spinal posture, etc.), this relationship is disrupted and the pelvic floor muscles lose their efficiency.

Directly treating the pelvic floor in a patient with diaphragmatic immobility would NOT be in their best interest, as the pelvic muscles are responding appropriately to an inappropriate stimulus. In this instance, it would be more akin to punishment than rehabilitation. Because the pelvic floor muscles are on the receiving end of excessive pressure, they become overly contracted and sensitive. Treating them would provoke pain without promoting function.

That was the case for Greg, whose diaphragm was rock-hard and not interested in moving. We spoke at length about why that was, with the likely culprit being his upregulated nervous system. Being upregulated heightens responses to non-threatening stimuli, making everything seem unsafe. Due to a prolonged history of medical bias and emotional trauma, Greg was in a constant “fight-flight-freeze” state of upregulation. While upregulated, he was unable to diaphragmatically breathe.

With safety as our highest priority, we focused on improving his abdominal tension, spinal posture, and breathing patterns to downregulate his nervous system. Greg had a pronounced arch in his lower back, which we worked to reduce. Improved posture helped him better use his core muscles. Straightening his spine decreased the pressure exerted upon his pelvis and, as a result, he was able to partially relax his pelvic floor without direct contact.

Greg and I worked together for several months before performing an internal posterior evaluation. And he only consented to an internal anterior evaluation several months after that. Upon internal examination we quickly ruled out prolapse but found that his pelvic floor muscles couldn’t fully relax. This tension led to a lactic acid build-up which made palpation very uncomfortable. Palpatory discomfort further reinforced the tightness and kept him in a consistently contracted state.

For Greg, internal pelvic floor release was not a good option: his pelvic floor was painfully clenching in response to increased abdominal tension. Pressure was being excessively funneled into his pelvis and his pelvic floor was forced to react. Instead of directly palpating and treating his sore internal muscles, we reduced the pressure. Greg learned Myofascial Release techniques and stretching exercises to achieve this goal. And the best part was that he was able to perform these exercises independently, at home, fully clothed. And he was successful.

My job fully relies on trust. And the work doesn’t happen if patients don’t feel safe, seen, and heard. My patients report that I am usually their only medical provider that uses non-gendered anatomical terms; I make a point to remember personal pronouns; I don’t document deadnames. Greg would never have come in if I had used the medically-accepted term for his anterior pelvic opening. He also never would have come in on just my elevator pitch.

For gender-expansive patients it is imperative that we continue to treat the whole body versus a single body part. The myopic treatment of the pelvic floor is a disservice to our clients, especially those who may be unable or unwilling to have an internal muscular examination. It is not the role of pelvic PT to convince our patients to have examinations they don’t feel comfortable with; it is our job to treat what we can, as best we can, with the tools we have available.

If we expand the definition of pelvic floor physical therapy and look beyond the genitals, it becomes clear that it is essential in not only relieving symptoms, but promoting autonomy and empowering patients to heal themselves.

Dr. Hannah Schoonover (they/them) is a physical therapist with MovementX in Washington, D.C. Their primary professional focus is in pelvic health, with a particular passion for treating gender-expansive folx. They promote a safe and inclusive environment for all bodies and aim to incorporate collaborative care whenever possible. Hannah Schoonover’s work is grounded in holistic medicine, with emphasis on wellness and the mind/body connection to improve their patients’ quality of life.

If you enjoyed reading this, then please explore our other articles below: 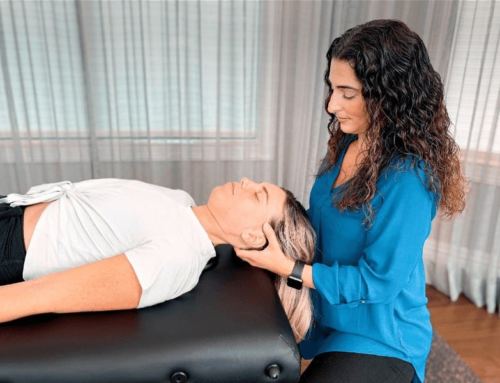 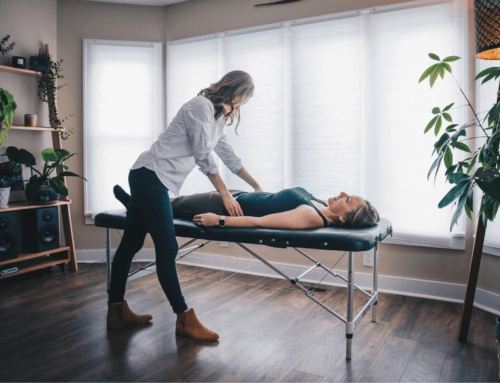 How to Handle a Perineal Tear 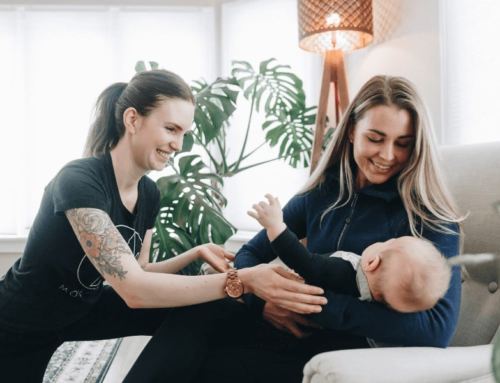 What’s Up with the Six Week Rule? 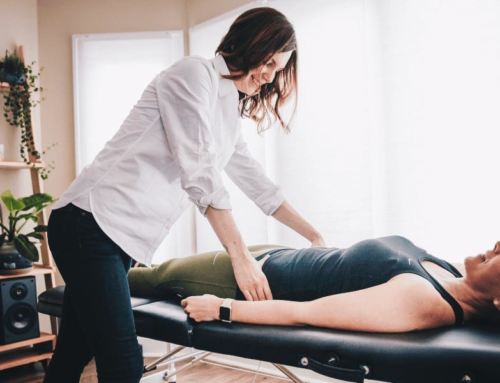 This Is What You Need To Know About Your Pelvic Floor 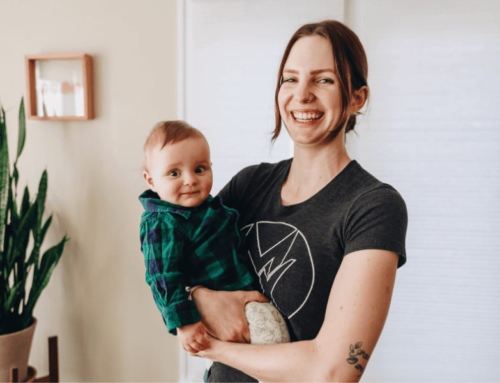 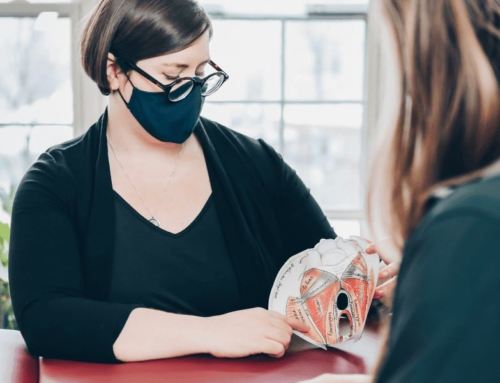 Sex in the Presence of Pelvic Dysfunction

You can find out more about which cookies we are using or switch them off in settings.

This website uses cookies so that we can provide you with the best user experience possible. Cookie information is stored in your browser and performs functions such as recognising you when you return to our website and helping our team to understand which sections of the website you find most interesting and useful.

Strictly Necessary Cookie should be enabled at all times so that we can save your preferences for cookie settings.

If you disable this cookie, we will not be able to save your preferences. This means that every time you visit this website you will need to enable or disable cookies again.